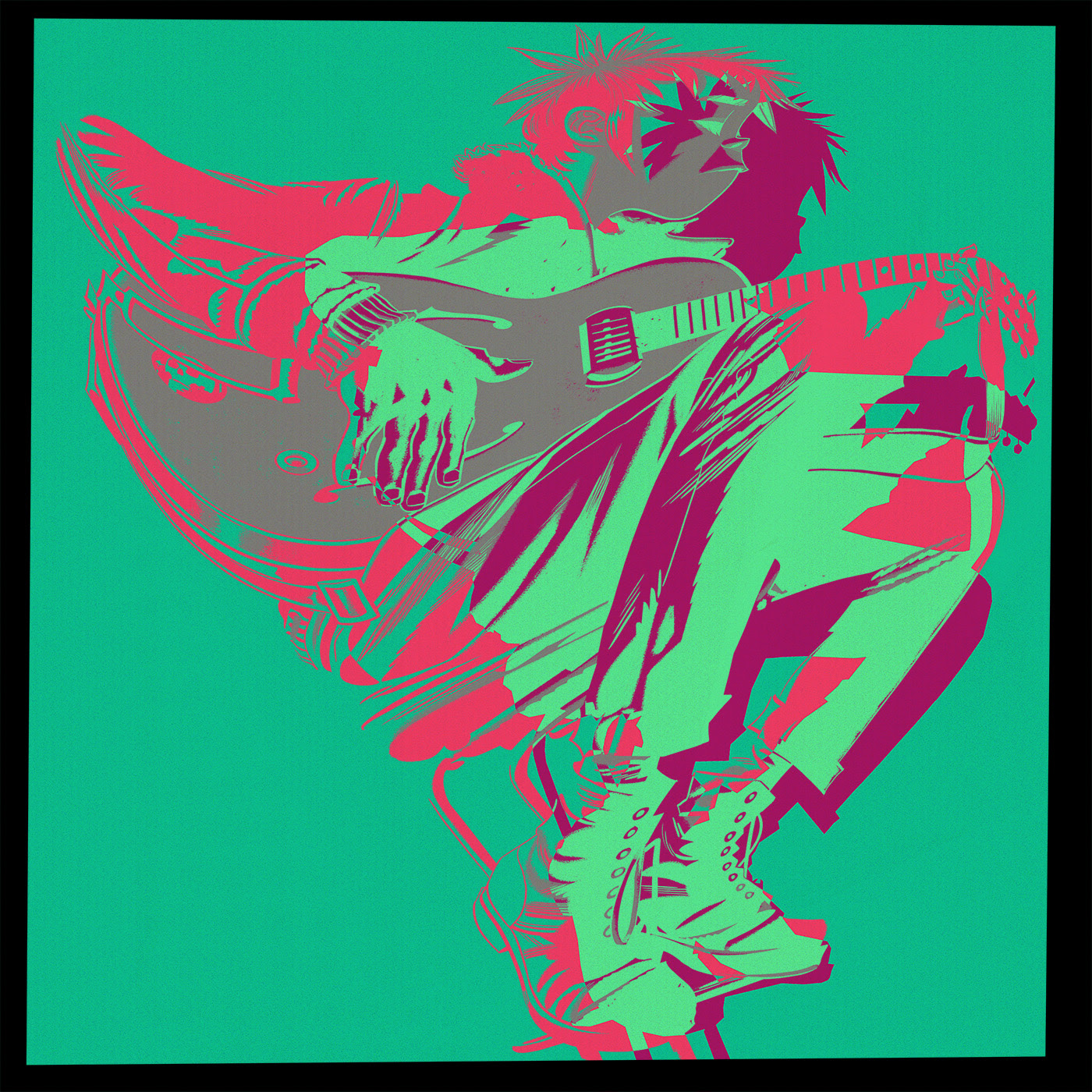 Gorillaz celebrate the unforgettable summer of 2018 with the release of two new remixes – Humility (DJ Koze Remix) and Humility (Superorganism Remix), available to stream and download on all DSPs now.

The collaboration has resulted in two new remixes of ‘Humility to soundtrack the heatwave. Zeitgeist-surfing music collective Superorganism infuse the song with their indie-pop magic alongside a new visual remix of the Jamie Hewlett-directed video featuring Superorganism frontwoman Orono. And joining the party is underground superstar DJ Koze, with his own unique spin on the track.

The Now Now is the new 11-track studio album from the World’s Most Successful Virtual Act*. Produced by Gorillaz, with James Ford and Remi Kabaka, and recorded entirely at Studio 13, London in February this year.

Gorillaz, currently on the road across Europe with The Now Now Tour, will return home for a headline appearance at Boomtown Festival, Hampshire – their only UK show this year – on 11th August.  And the band’s own acclaimed Demon Dayz Festival – the “joyful apocalypse… and carnivalesque festival of great performances” (The Guardian)” curated by Damon Albarn and Jamie Hewlett – will make its exclusive appearance for this year at the Pico Rivera Arena in Los Angeles on 20th October, with additional dates for North America also confirmed. (See complete tour itinerary below).

Barely eighteen months into their bright burning existence, Superorganism have successfully negotiated a steep trajectory from brand new internet buzz band to much-loved, real world breakout stars, with a global fan base and acclaimed debut album to their name. The London-based, eight person collective of international musicians and pop culture junkies from Japan, Korea, Australia, New Zealand and the UK released their self-titled debut album in March via Domino; a riot of idiosyncratic, technicolor pop that is an on-the-money encapsulation of the vital sights and sounds of music in 2018.

DJ Koze exists a little outside of time of time. Not only because his records can take you to places where everything seems to stop, the present moment expanding out to the horizon, but because he manages to function on a timeline completely detached from the usual dreary cycles of hype, influence, club hits, press credibility and career progression that govern so many of the structures of the music world. None of which is to say, though, that he’s a wilful “outsider” artist: though Koze’s music has been consistently strange and psychedelic, he has absolutely no truck with courting obscurity or alienating people for the sake of it, and he is hugely popular with very good reason.

Even in a world flooded by cheap copies and functional clubs, his remixing skills are some of the most in-demand in the world, the Pampa label is one of the most important in electronic music, and his DJ sets are revered worldwide to this day… and as knock knock shows without question, he is still a world-bestriding music artist in his own right. Outside of time, outside of obvious influence, outside of trend and hype – but right inside a circle of great “artists with gifted talents… somewhere on the edge of pop music” – DJ Koze just keeps on keeping on.

Virtual group Gorillaz is singer 2D, bassist Murdoc Niccals, guitarist Noodle and drummer Russel Hobbs. Created by Damon Albarn and Jamie Hewlett, their acclaimed eponymous debut album was released in 2001. The BRIT and Grammy Award winning band’s subsequent albums are Demon Days (2005), Plastic Beach (2010), The Fall (2011) and Humanz (2017). A truly global phenomenon, Gorillaz have topped charts around the world and toured the globe from San Diego to Syria, picking up hundreds of millions of streams and record sales along the way. Gorillaz have achieved success in entirely ground-breaking ways, winning numerous awards including the coveted Jim Henson Creativity Honor. *The band are recognised by The Guinness Book Of World Records* as the planet’s Most Successful Virtual Act.

The Now Now is available as a single CD, vinyl LP or as a digital download, as well as a collector’s edition Deluxe Vinyl LP Box Set. Details can be found here.