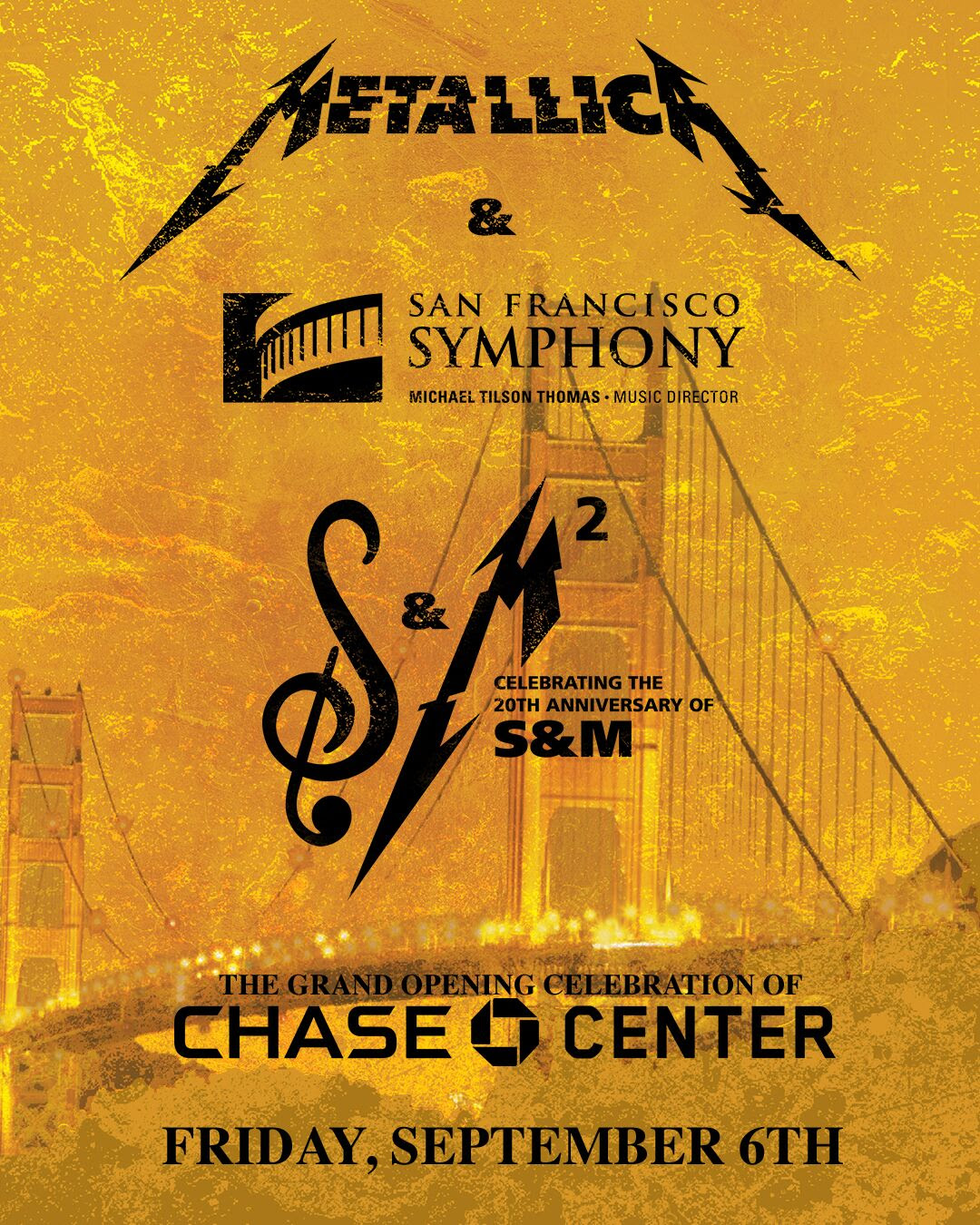 In celebration of the historic grand opening of the Chase Center—the new 18,064-seat arena in San Francisco’s Mission Bay neighborhood—two preeminent musical forces of the Bay Area will join together for the first time in 20 years: On Friday, September 6, Metallica and the San Francisco Symphony will commemorate this most anticipated addition to San Francisco’s cultural landscape by christening the new Chase Center stage with a one-night-only show. The S&M2 concert will also mark the 20th anniversary of Metallica and the SF Symphony’s groundbreaking 1999  S&M (“Symphony & Metallica”) concerts—and its subsequent film and album releases.

Legendary conductor Michael Tilson Thomas completes the first week of his final season as San Francisco Symphony Music Director with a special appearance, conducting a portion of the show.

“Bringing together Metallica and San Francisco Symphony 20 years later for our first event at Chase Center is going to be an incredible and unique performance for the Bay Area,” said Warriors President and Chief Operating Officer Rick Welts. “This announcement is one of many of the must-see acts we’ll have as we continue to add a variety and diversity of shows to Chase Center’s calendar.”

The original S&M concerts were performed by Metallica and the San Francisco Symphony conducted by the late Michael Kamen In spring of 1999 at the Berkeley Community Theatre. The S&M album, was released later that year, winning a Best Rock Instrumental Performance GRAMMY for its version of “The Call of Ktulu.” The S&M2 concert will feature the first live performances of these arrangements in 20 years, plus the first ever Metallica/San Francisco Symphony renditions of songs written and released since the original S&M, with new orchestral charts by Bruce Coughlin.