METALLICA …AND JUSTICE FOR ALL (REMASTERED) 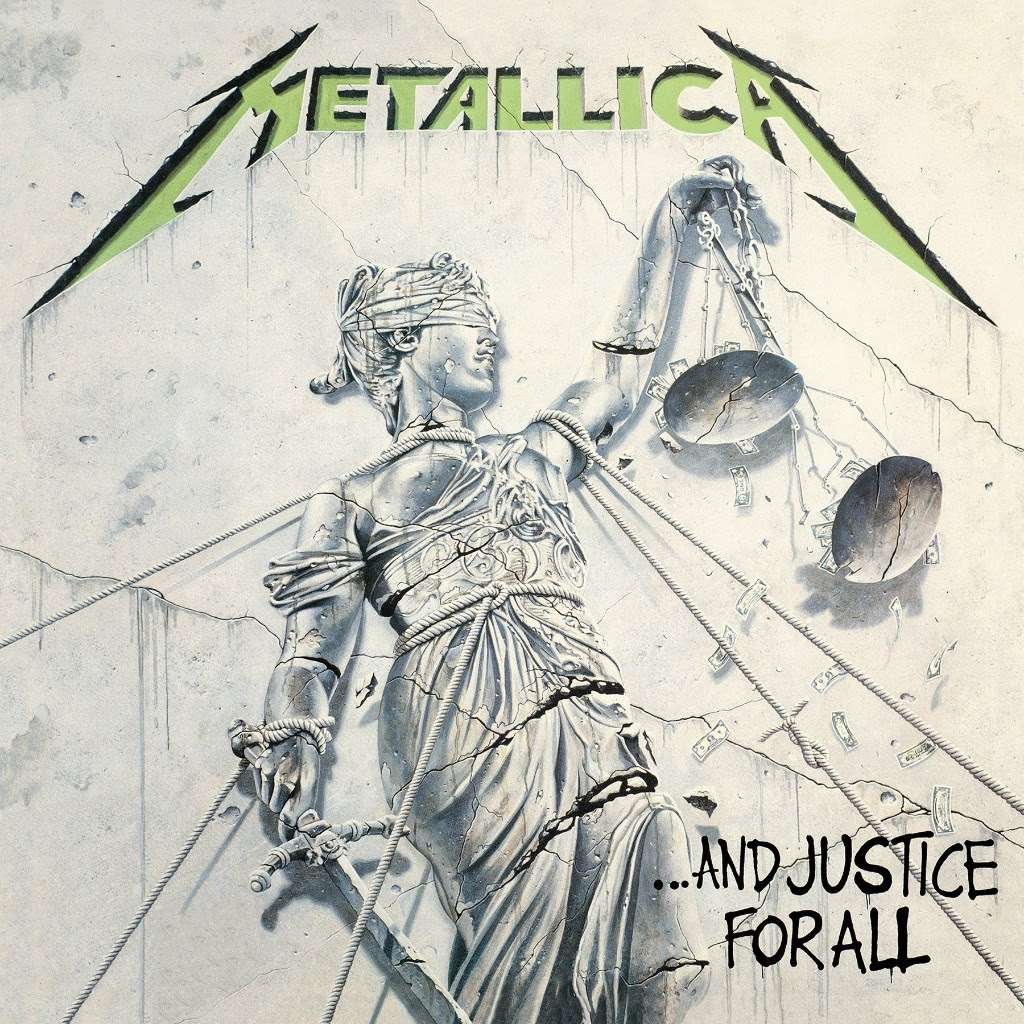 SAN FRANCISCO, CA –  NOVEMBER 2, 2018  –  Metallica marks the 30th anniversary of its breakthrough fourth album, …And Justice For All, with its definitive reissue, out today on the band’s own Blackened Recordings.

The re-release of …And Justice For All  has been remastered for the most advanced sound quality, as overseen by Greg Fidelman, and is available in multiple digital and physical configurations: physically as a Standard Double 180 gram LP, Standard CD, 3 CD Expanded Edition, Cassette, Limited Edition Deluxe Box Set and digitally as a Standard album (available to stream and download), an Expanded Edition (available for download only), and a Digital Deluxe Box Set (available for streaming and download). The 3 CD Expanded Edition includes previously unreleased demos, rough mixes, previously unreleased live tracks, and an expanded booklet of never-before-seen Ross Halfin photos. The one-pressing-only Limited Edition Deluxe Box Set includes the remastered double 180g LP, a “One” picture disc, 3 LPs featuring their iconic performance from Seattle in 1989 remixed by Greg Fidelman, 11 CDs, 4 DVDs, a set of four patches, a Pushead print, a tour laminate, lyric sheets, a download card for all material in the set, and a deluxe 120-page book with never-before-seen photos and never-before told firsthand stories.

The occasion of 30 years of Justice is also commemorated by radio and video specials featuring the band in conversation with renowned journalist David Fricke, who wrote the first Metallica feature in Rolling Stone during that era. Culled from a near two-hour interview that took place on the recent Pittsburgh stop of the WorldWired Tour, the special explores the origins of the nine tracks on Justice as well as the first video of their career, “One”–whose director Michael Salomon reunited with the band for the first time in nearly 30 years to discuss the creation of the iconic video. The special has begin airing on North American radio, and a video version produced by acclaimed director Claire Marie Vogel is available on Metallica.com.

…And Justice For All was originally released—despite what the internet might tell you— September 7th, 1988, on Elektra Records. Certified 8x Platinum in the United States, …And Justice For All marked a series of firsts for Metallica: The first full length Metallica recording to feature bassist Jason Newsted, the first Metallica album to crack the  U.S. Top 10 where it peaked at #6, the band’s first video and top 40 single (“One”), their debut performance on the Grammy Awards, as well as their first Grammy loss (Best Hard Rock/Metal Performance Vocal or Instrumental for …And Justice for All), and first Grammy win (Best Metal Performance for “One”). It also received more widespread critical acclaim than any of its predecessors, with Rolling Stone hailing the album as “a marvel of precisely channeled aggression,” Spin calling it “a gem of a double record,”  and ultimately placing in the Village Voice annual Pazz & Jop critics poll of the year’s best reviewed albums.

Metallica was formed in 1981 by drummer Lars Ulrich and guitarist / vocalist James Hetfield and in the 37 years since, they’ve pretty much done it all. They’re even releasing their own whiskey and line of watches. If you need to know more, loads of facts can be found on Wikipedia… and some of them are even true. One thing that is certain: the North American leg of their WorldWired tour resumes on November 26 in Las Vegas, NV and continues through March 13, 2019 in Grand Rapids, MI.