Sign up now at: https://PaulMcCartney.lnk.to/TravellersEditionSignUpPR for first chance to purchase 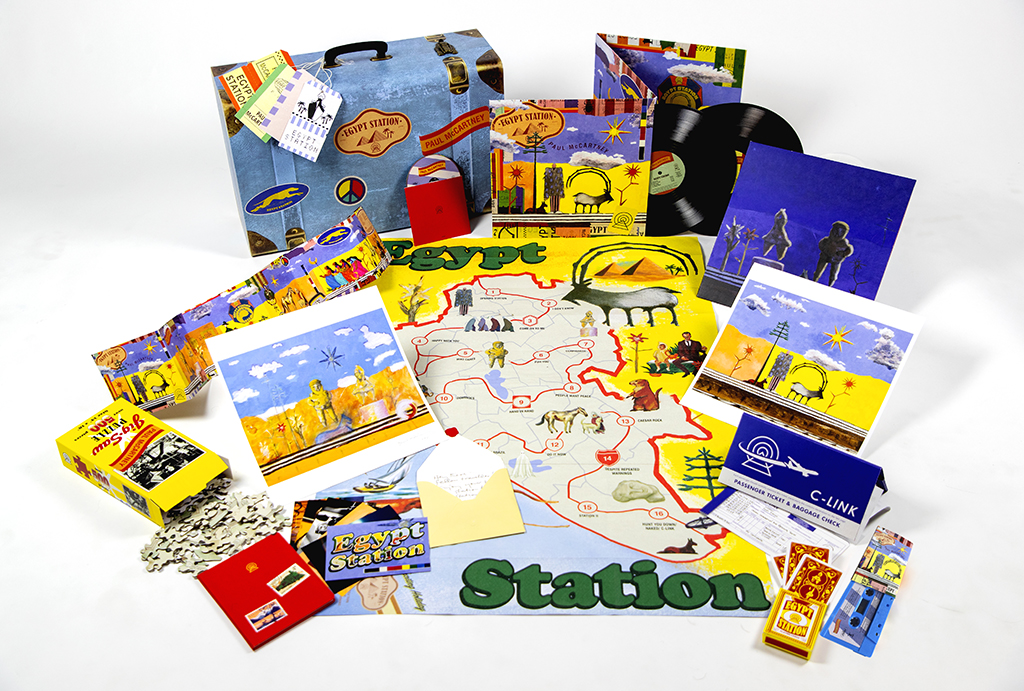 Paul McCartney has confirmed the release of the Egypt Station Traveller’s Edition, out May 10 via Capitol Records.

This strictly limited deluxe edition of the #1 album Egypt Station will be a one-time-only pressing limited to 3000 numbered cases. The Traveller’s Edition arrives in a vintage style suitcase and contains exclusive previously unreleased tracks, hidden rarities and all the essentials needed on your journey to Egypt Station and beyond.

All those who sign up at https://PaulMcCartney.lnk.to/TravellersEditionSignUpPR by 9 PM ET FEB 14 will be emailed a unique link which allows a first chance at purchasing the strictly limited Traveller’s Edition.

Emails with links for first access to pre order will be sent out at 9AM ET FRIDAY FEBRUARY 15.

The Egypt Station Traveller’s Edition audio and video content include:

The special features of the Box Set include:

Egypt Station was released September 7, 2018. The album entered the Billboard 200 at #1, making it the third Non-Beatles/Wings McCartney effort to top the U.S. chart and Paul’s first Stateside #1 since 1982’s Tug Of War—and Paul’s first solo album to enter the chart at #1. Egypt Station won unanimous praise from critics the world over: In a four-star lead review, Rolling Stone said, “Macca keeps adding new gems to his songbook, with nothing to prove except he’s the only genius who can do this… (And, oh yeah — in his spare time, he happens to still be the greatest live performer on Earth.)” London’s Sunday Times, Q Magazine and MOJO also awarded the album four stars, while The New York Times’ Jon Pareles observed, “McCartney contemplates mortality and pain while still trying to offer love and strength.”  TIME declared Egypt Station “Essential… a document of McCartney’s spirit, which is still irrepressible more than five decades after the Beatles made their debut.” NPR said, “This is his best album in maybe 20 years.” People noted, “Egypt Station is a tour through the imagination of one of our greatest artists  — what’s not to love? It’s a celebration of all the things that make McCartney great: hope, exuberance, open mindedness and sweet melody. These days, we need all of these more than ever.”

Paul’s Freshen Up Tour continues to pack stadiums and arenas across the globe, resuming March 20 at the National Stadium in Santiago, Chile, and running through July 13 at Dodger Stadium in Los Angeles.