Beck’s new “Saw Lightning (Freestyle)” video captures the GRAMMY-winning artist stripping his latest single down to its bare bones. Rendered in striking minimalist black and white, “Saw Lightning (Freestyle)” relies solely on the impact of raw talent and passion: a man, a harmonica, a camera and nothing more. Beck’s vocals, stomping feet and solo harmonica somehow fill the same space occupied on the original by his raw acoustic slide guitar and Pharrell Williams’ drums, keyboards and mumbles.

Directed by Giovanni Ribisi and edited by Nick Roney, “Saw Lightning (Freestyle)” is a radically different take on Beck’s first single from his forthcoming 14th album, Hyperspace, due out sometime in the future on Capitol Records. Surprise released April 15, 2019, “Saw Lightning” was made available simultaneously as a single and as the score to the Beats by Dr. Dre Powerbeats Pro campaign, directed by GRAMMY winner Hiro Murai.

Beck will spend the remainder of the summer co-headlining the Night Running Tour with Cage The Elephant—named for “Night Running,” Cage The Elephant’s single featuring Beck from the band’s Social Cues album—beginning July 11th at Sunlight Supply Amphitheater in Ridgefield, WA.

NEW ALBUM HYPERSPACE ON ITS WAY FROM THE FUTURE

Beck has offered fans a glimpse of the future today in the form of “Saw Lightning,” a stunning new track featuring Beck’s unmistakable raw acoustic slide guitar and harmonica playing. “Saw Lightning” was written and produced by Beck and Pharrell Williams, who contributes drums, keyboards and mumbles.

“Saw Lightning” is available both as a single and as the perfect music to power the new Beats by Dr. Dre Powerbeats Pro campaign, a high-energy film directed by Grammy Award-winning filmmaker Hiro Murai.

“Saw Lightning” is the first track to be released from Beck’s forthcoming Hyperspace, to be released via Capitol Records at an as yet undetermined point in the space time continuum. In the meantime, Beck fans can tide themselves over with his already prolific 2019 output, including “Tarantula” from Music Inspired by ROMA, “Super Cool” (featuring Robyn & The Lonely Island) from The LEGO Movie 2, and most recently his feature appearance on Cage The Elephant’s “Night Running.” 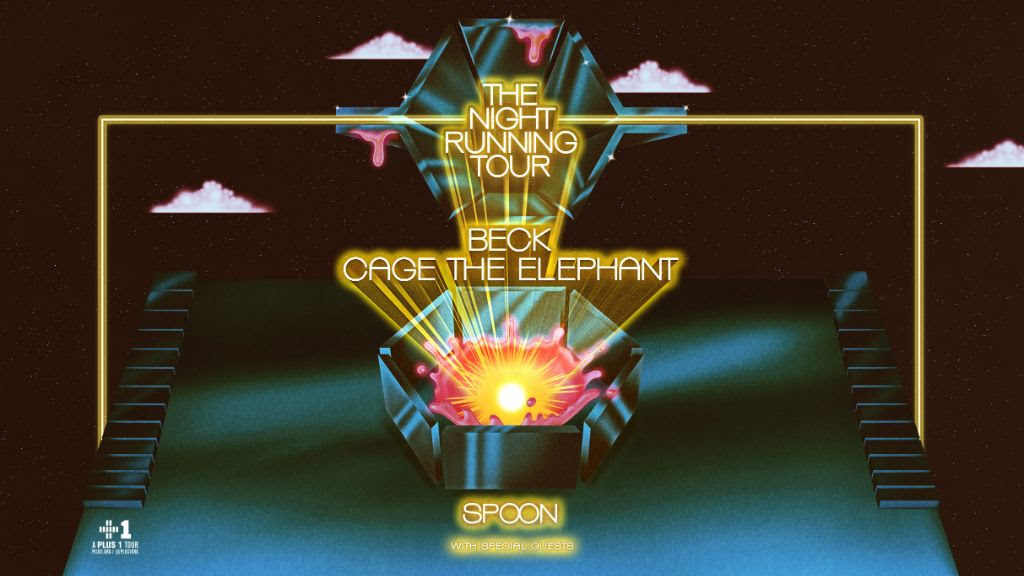 Seven time GRAMMY winner (including 2014 Album of the Year for Morning Phase) Beck has confirmed a return to the road in the form of a co-headlining tour with Cage The Elephant—with support from Spoon—beginning July 11th at Sunlight Supply Amphitheater in Ridgefield, WA.

On this tour, Beck and Cage The Elephant are joining forces to give back. Together they’ve partnered up with PLUS1 and $1 from every ticket sold will be donated back into each city they are playing in, supporting local food security initiatives as they work towards ending hunger in their communities.

Having already WOWed listeners twice in 2019—first with “Tarantula” from Music Inspired by the Film ROMA, and more recently with “Super Cool” from The Lego Movie 2: The Second Part—Beck is excited to once again take it to the stage. While his 2017 album Colors (Capitol Records) has enjoyed some of the most positive reviews of Beck’s peerless career, as well as two GRAMMY awards (Best Alternative Music Album and Best Engineered Album, Non-Classical), live performance has always been Where It’s At (sorry) for modern music’s consummate chameleon—as reviews from his Colors headline tour will attest:

“an undeniably fun record…sounded more impressive played by Beck’s unassailable live band… we could use all the slaying we can get from a band as good as the one he’s assembled.”—VARIETY

“captivating… left no doubt that wherever Beck’s at — whether it’s stadium or theater — is the right place to be.”—OAKLAND PRESS

Austin’s most esteemed rock ambassadors, Spoon, continue their Hot Thoughts victory lap when they hit the road this summer with Beck and Cage The Elephant. The last two years have seen Spoon (“The greatest rock band of the 21st century” –The Ringer) not only release a unanimously celebrated album, but also play revelatory shows at clubs, amphitheaters, festivals, and both daytime and late night television stages.  Hot Thoughts follows Spoon’s streak of three consecutive Top 10 albums—Ga Ga Ga Ga Ga (2007), Transference (2010) and They Want My Soul (2014) — and with it some of the bravest, most sonically inventive work from the most critically acclaimed band of the decade (http://www.metacritic.com/feature/best-music-of-the-decade).

Prior to the start of their co-headline The Night Running Tour, both Beck and Cage The Elephant will be appearing at the Shaky Knees Festival in Atlanta. See all tour dates with confirmed openers for each date below. 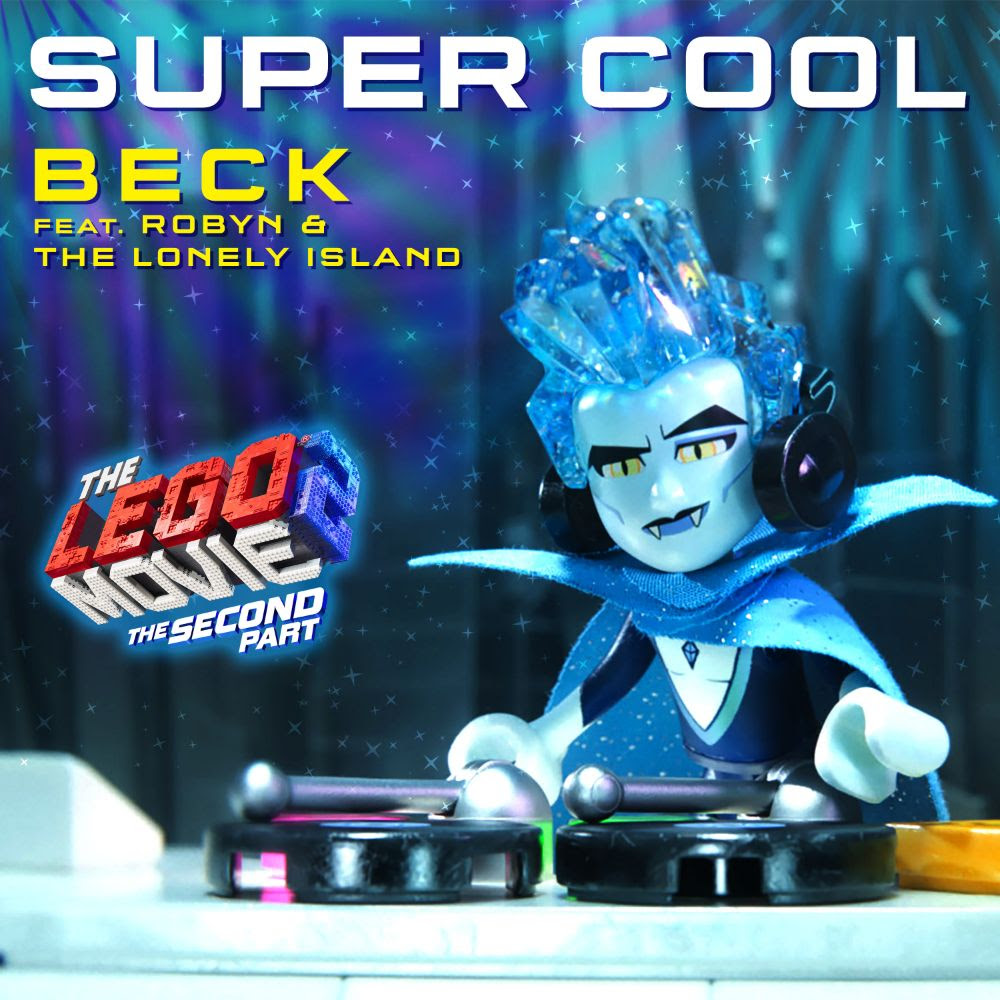 Everything was awesome but now it’s super cool.
Beck has released a super cool new track featuring The Lonely Island and Robyn titled, appropriately enough, “Super Cool.” Recorded exclusively for the upcoming The Lego Movie 2: The Second Part, “Super Cool” is now available outside theaters at: https://lnk.to/lego2Be
“Super Cool” captures the classic groove-infused optimism of the original Lego Movie earworm “Everything Is Awesome” and splashes it with a day-glo coat of Beck’s fluorescent funk—making for a technicolor knockout.
Critics who’ve already gotten a sneak peek of The Lego Movie 2: The Second Part are already raving over “Super Cool”:
“you’ll definitely want to stay for the credits song which, oddly enough, is one of the best parts of the movie”—ABC NEWS
“The Lego Movie 2 is never funnier than in the end credits, for which Beck teamed up with The Lonely Island…” —VARIETY
“a contender for funniest end credits song of all-time”—GIZMODO
Beck’s “Super Cool” featuring The Lonely Island and Robyn is available across all digital platforms. Please enjoy—but be sure to listen closely or you’ll miss The Lonely Island ingeniously rapping about the film’s credits. 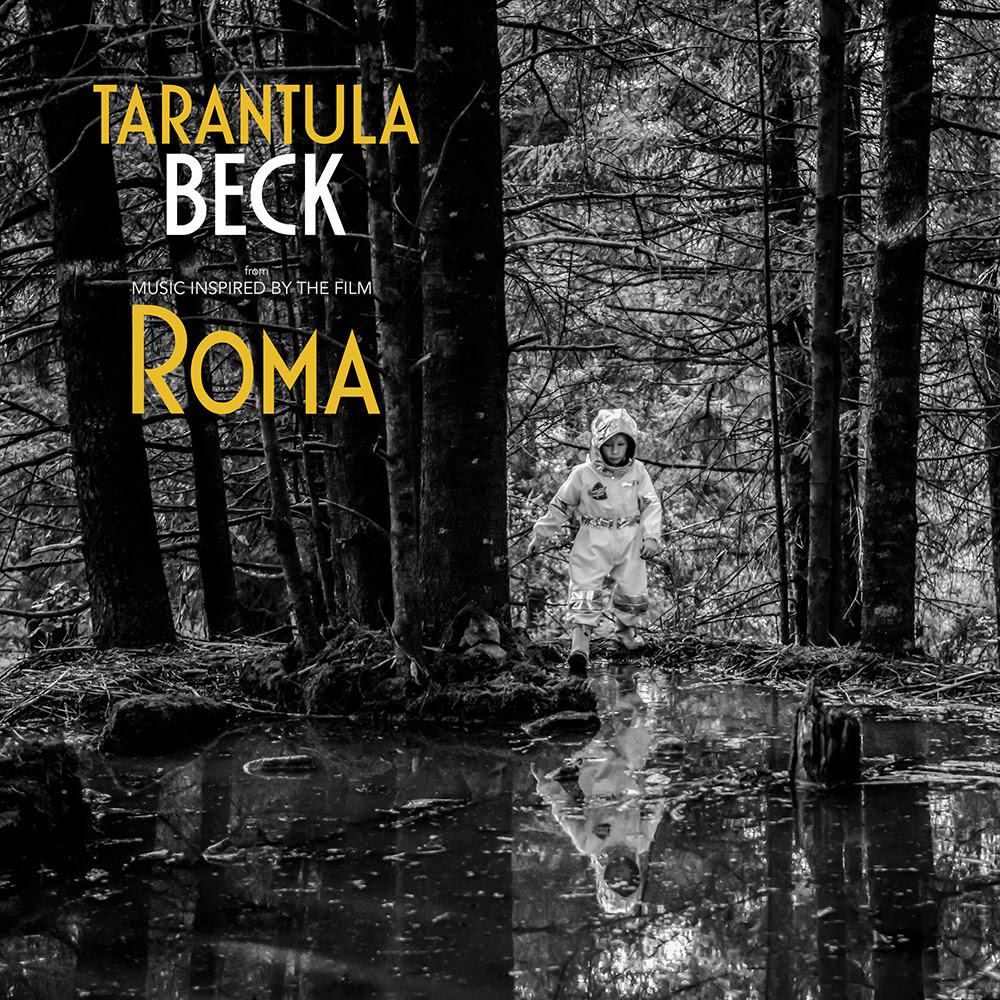 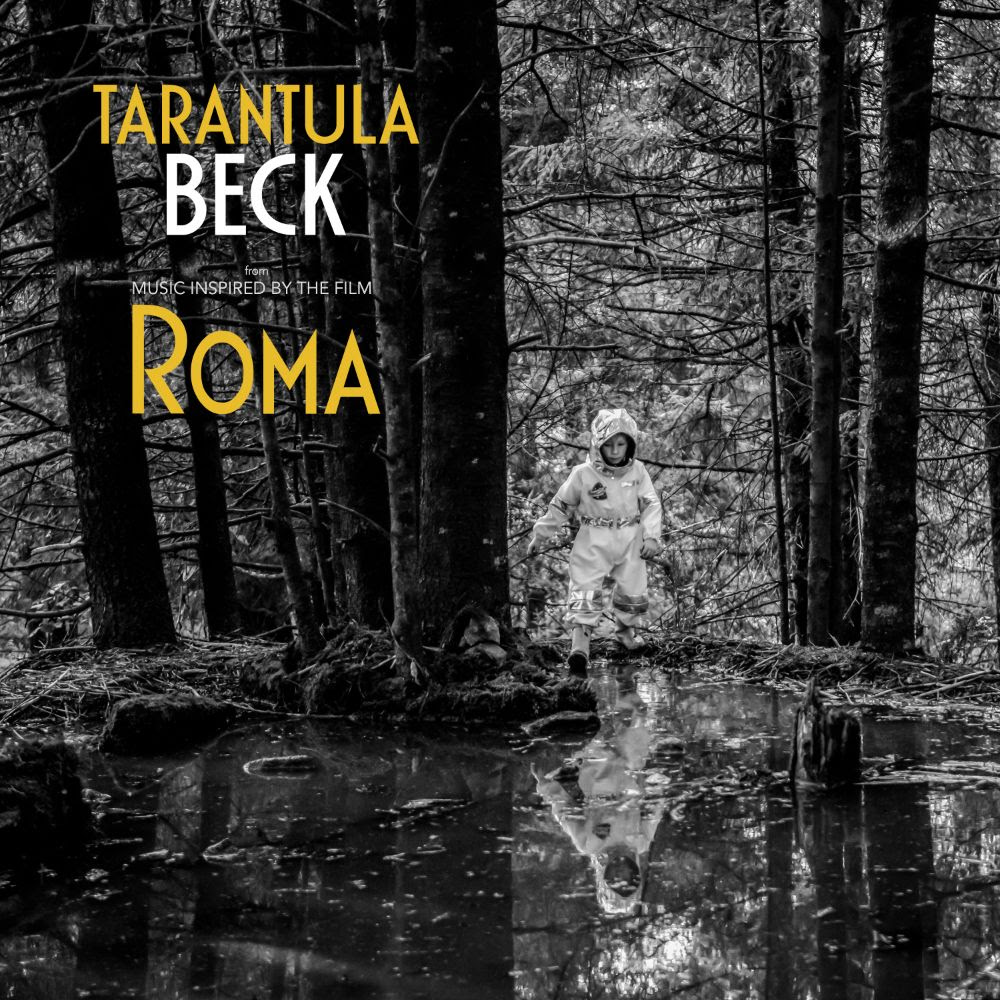 Beck’s first musical offering of 2019 has arrived in the form of “Tarantula,” the latest release from Music Inspired By The Film ROMA, due out February 8th from Sony Music Masterworks and available to pre-order now. This collection of music inspired by Alfonso Cuarón’s 10-time Academy Award-nominated film features songs from Beck, Billie Eilish, El-P, Jessie Rye, Laura Marling, Patti Smith, UNKLE and more, recorded exclusively for this project.

Beck’s radical reimagining of “Tarantula,” a 1982 B-Side by 4AD artists Colourbox, replaces the minimalist groove of the original with an epic arrangement by Beck in collaboration with his father, David Campbell. A riveting Beck vocal performance is, as ever, the centerpiece, with the backing of a 24-piece ensemble.

Full credits for “Tarantula” are: 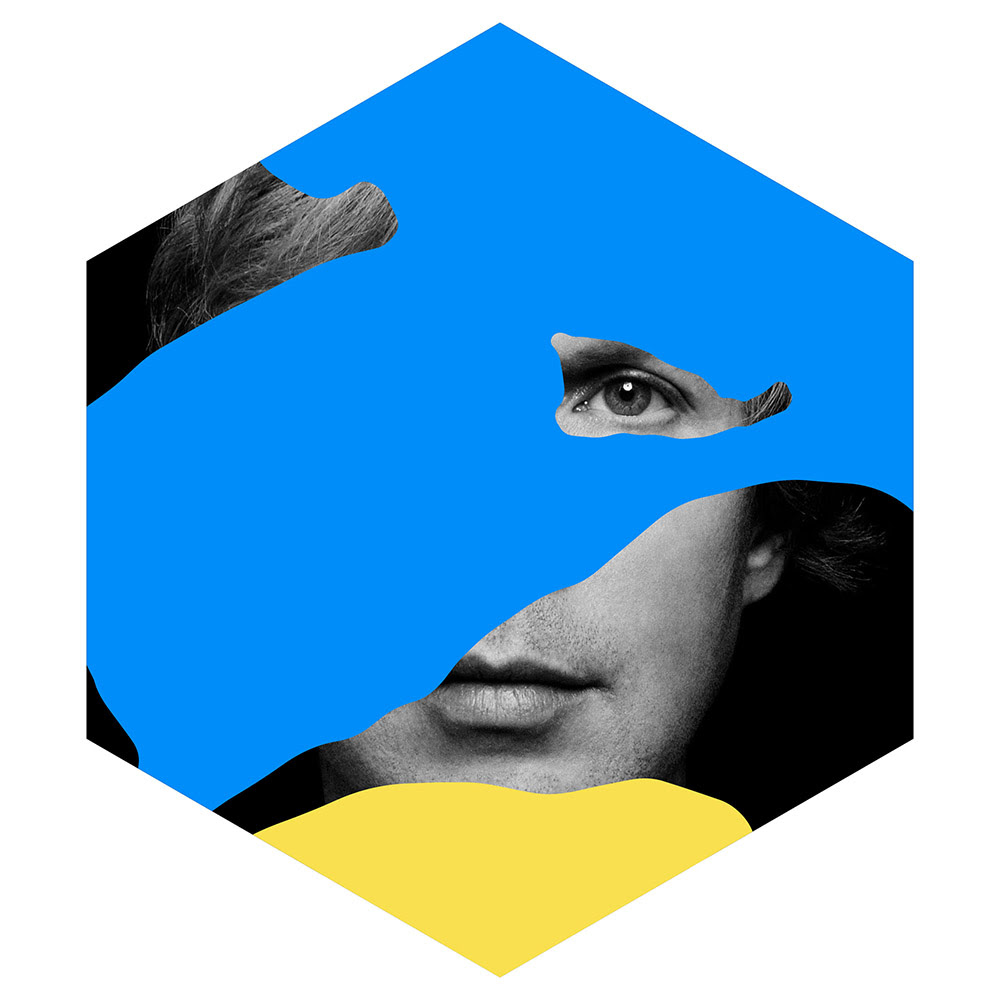 Beck’s Colors (Capitol) is up for three statues at the 61st GRAMMY Awards.

Beck has previously won five GRAMMYs, including 2014 Album of the Year for Colors’ predecessor Morning Phase.

Beck and the Colors album are nominated in a total of three categories this year:

Beck has previously won five GRAMMYs, including 2014 Album of the Year for Colors’ predecessor Morning Phase. Beck is proud to unveil his latest collaboration for the latest remix of the title track “Colors,” by contemporary Parisian duo the Picard Brothers (a.k.a. Clément and Maxine Picard)—now available to stream and download across digital platforms: http://beck.to/ColorsPicardBrosRemix

Adding to the already vibrant and kaleidoscopic sparkle of the original, the “Colors (Picard Brothers Remix)” brings an otherworldliness that only this pairing could conceive.

“Colors” is both the namesake and mission statement of Beck’s 13th album (and sixth to crack the U.S. Top 10), released October 13, 2017 by Capitol Records (and streamed 300 million times since). Following up 2015 GRAMMY Album of the Year winner Morning Phase and featuring “Dreams,” “Wow,” “Dear Life” and “Up All Night” (Beck’s third Billboard Alternative #1), Colors has been hailed as “a great party record” (MC HAMMER) “yet another milestone” (WALL STREET JOURNAL),  “a euphoric blast” (USA TODAY) and a  “classic, sneakily inventive, massively catchy” (AV CLUB) album  “that proves that Beck is still one of rock’s most intrepid inventors” (ENTERTAINMENT WEEKLY).

Before Beck hits the stage at Outside Lands, fans can have chance to score tickets to a special, intimate performance at The Independent in San Francisco on August 8th—tickets go on sale today, 10am local time, and can be purchased here.

See below for a list of announced dates and visit www.beck.com for tickets and info.

Due to unforeseen circumstances, Glass Animals will be unable to appear on the New York and Philadelphia dates of Beck’s Colors Tour.

Special guest Jenny Lewis has stepped up to take their place for these two shows—her only scheduled New York and Philadelphia appearances.

JULY SHOWS TO INCLUDE FIRST EVER HEADLINE AT MADISON SQUARE GARDEN

See the colors… live. Beck’s North American Colors Tour has been expanded yet again, this time adding dates in Minneapolis, St. Louis, Kansas City and Lincoln, all with The Voidz as support. For a complete itinerary, see below.

Beck resumes the Colors Tour July 6 in Detroit, kicking off a run of shows that will include his historic first-ever headline appearance at New York’s Madison Square Garden, as well as stops in Toronto, Montreal, Quebec, Ottawa, Boston, Buffalo and Philadelphia, Beck’s long awaited return to Red Rocks, and more!

Don’t miss your chance to witness the Beck live experience that’s been blowing minds around the world and has critics continuing to rave: