“Come On To Me” (Official Video) 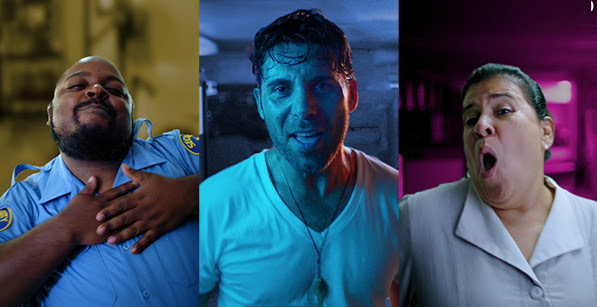 Over the past week, Paul has introduced us to three nightshift workers who all share a love of dancing to ‘Come On To Me’, the latest track to be taken from his new studio album ‘Egypt Station’ (Capitol Records).

We’ve met Fred “Little Freddie” Maxwell (#COTMTeamFred) who loves hijacking the in-store sound system at the department store where he works as a security guard; Ali Almohri (#COTMTeamAli) who works at his family’s food truck hoping that one day the young woman he has a crush on will notice he’s looking for more than just casual conversation; and Elsa Morales (#COTMTeamElsa) who works two jobs to support her family whilst still managing to radiate good energy and be the epitome of positivity.

Today Paul reveals the official video for ‘Come On To Me’, bringing together all three stories / dance routines. Watch here – https://youtu.be/mSU4O7FzrRU

It may be a surprise to hear that Fred, Ali and Elsa are not professional dancers / actors – they were found by director TG Herrington, getting their acting debuts by sheer force of enthusiasm.

Currently on his worldwide Freshen Up Tour, Paul returns to the U.S in May 2019 for a string of U.S. shows beginning in New Orleans, LA.

Egypt Station was released in September and saw Paul score his first US #1 album in 36 years.